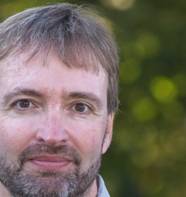 Eric M. Nichols , PE, is a principal at Substrata LLC in Newfields, New Hampshire. He has characterized and remediated contaminated sites since 1985. Eric founded Substrata LLC in 2014. Previously, he worked for ARCADIS and LFR from 1996-2014, and for Weiss Associates from 1985-1995. Eric serves as a technical resource for LNAPL and petroleum characterization, remediation, natural source zone depletion, vapor intrusion, and litigation support. Eric has taught short courses for several organizations, including the U.S. Environmental Protection Agency, the National Ground Water Association, the American Society for Testing and Materials, the New England Interstate Water Pollution Control Commission, the American Petroleum Institute, and the University of California Extension. Eric has contributed to ITRC documents and training since 1998 as a member and trainer for the Fuel Oxygenates Team, the LNAPL Team, and the Petroleum Vapor Intrusion Team. Eric has received Industry Appreciation Awards for his service on ITRC teams. Eric earned a bachelor's degree in Civil Engineering from the University of California, Berkeley, in 1982 and a master’s degree in Civil Engineering from the Massachusetts Institute of Technology in 1985. He is a licensed professional engineer in California.