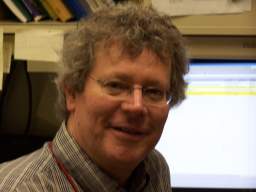 Miles Denham is a Fellow Scientist at the Savannah River National Laboratory in Aiken, South Carolina and has worked there since 1992. His research focuses primarily on geochemistry associated with remediation of metal and radionuclide contaminants in soils and groundwater. Miles has been instrumental in developing innovative treatments for metals and radionuclides including mercury, uranium, strontium-90, technetium-99, and iodine-129. Some of this work resulted in replacement of a large pump-and-treat system with more passive in situ remedies. Miles is currently the technical lead for a multi-year project involving scientists from other national laboratories, academia, and industry. The goal is to develop new approaches, tools, and guidance to facilitate use of attenuation-based remedies for metal and radionuclide contamination. Miles joined the ITRC in 2008 as a member of the Attenuation Processes for Metals and Radionuclides team and has been a major contributor to their documents and training. He earned a bachelor’s degree in geology and chemistry from Knox College in Galesburg, Illinois in 1978, a master’s degree in geology from the State University of New York at Stony Brook in 1981, and, after 4 years away from academia, a doctorate in geology from Texas A&M University in College Station, Texas in 1992.