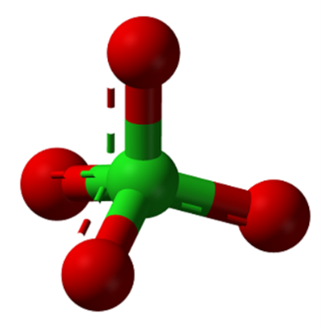 Figure 1. Perchlorate anion is composed of an oxygen tetrahedron bonded to a chlorine atom.

Perchlorate is an anion composed of four oxygen atoms and a chlorine atom (ClO4-)1 in a tetrahedral geometry (Figure 1). The chlorine atom has an oxidation state of +7, the most oxidized form of chlorine, which makes the molecule a strong oxidizing agent — hence its use as a primary component of rocket fuel (Brandenhuber, 2009; ITRC, 2005). Mixtures of a chlorate, such as potassium perchlorate, with charcoal, sugar, or another easily oxidized organic substance react explosively when heated or, in some circumstances, when rubbed together.

Despite its strength as an oxidizing agent, perchlorate has a high kinetic barrier that makes it very slow to react under normal environmental conditions (Urbansky, 2002). Perchlorate also has a low tendency to react with minerals in soil because of its negative charge (ATSDR, 2008). Its general lack of reactivity, low propensity to absorb to most soil surfaces, and high solubility in water make it very mobile. This can result in extensive groundwater plumes. For example, a perchlorate plume from the former Olin safety flare facility in California was found to extend 10 miles long (California EPA, 2016).

Perchlorate compounds do not volatilize from water or soil surfaces to air because of their low vapor pressures, but they can exist in air for a brief time as particulate matter. Rain or gravitational settling can cause perchlorate-containing particles to be transferred from the atmosphere to the ground surface. Soil particles contaminated with perchlorate can also be transported to the atmosphere by wind-borne erosion (ATSDR, 2008). Natural perchlorate can form via ozone and/or ultraviolet reactions with chloride in aerosols or sands, potentially catalyzed by an electrical discharge or lightning (Dasgupta et al. 2005).

State of California State Water Resources Control Board Order WQ 2005-0007 in the Matter of the Petitions of Olin Corporation and Standard Fusee, Incorporated for Review of Cleanup and Abatement Order No. R3-2004-0101 Issued by the California Regional Water Quality Control Board, Central Coast Region. SWRCB/OCC Files A-1654 and A-1654(a)