The preferred long-term response1 to vapor intrusion (VI) is to eliminate or substantially reduce the underlying sources of vapor through a removal action or by remediating the contaminated soil or groundwater source contributing to soil or conduit VI (EPA, 2015). Because these responses can take considerable time, building mitigation to prevent human exposure in the interim may be warranted2. At some sites, it may be appropriate to implement mitigation pre-emptively before all lines of evidence have been developed to sufficiently evaluate the vapor intrusion pathway for an existing building or a building under construction. Pre-emptive mitigation can be taken if sufficient data indicate that vapor intrusion is: 1) occurring or may occur due to subsurface contamination; or 2) is posing or may pose a health concern to building occupants (EPA, 2015).

Mitigation of VI involves engineered exposure controls that decrease the mass flux of vapor entry into buildings or ameliorate the accumulation of vapors in occupied spaces (e.g., through treatment or ventilation). Choosing an appropriate mitigation approach relies, in part, upon distinguishing whether soil vapor intrusion and/or conduit vapor intrusion are pertinent mechanisms in a building. 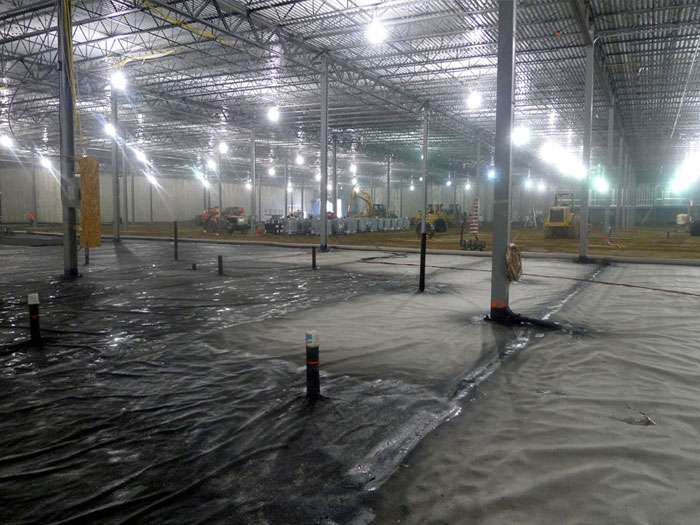 Figure 1. Installation of geomembrane (Liquid Boot®) as a vapor barrier.

A combination of approaches is commonly used. 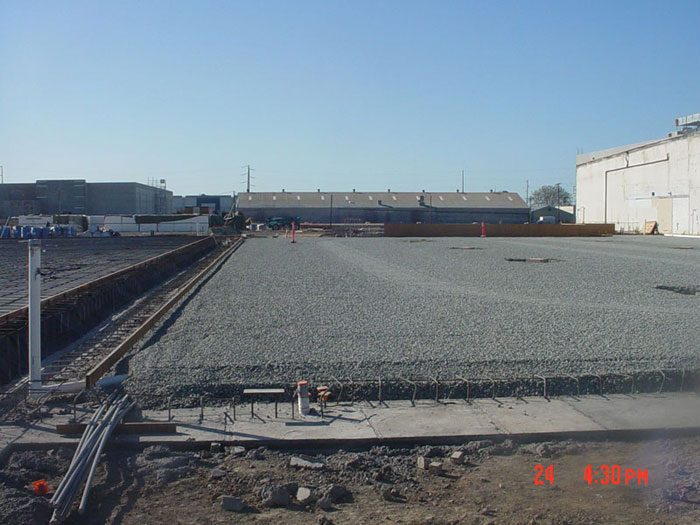 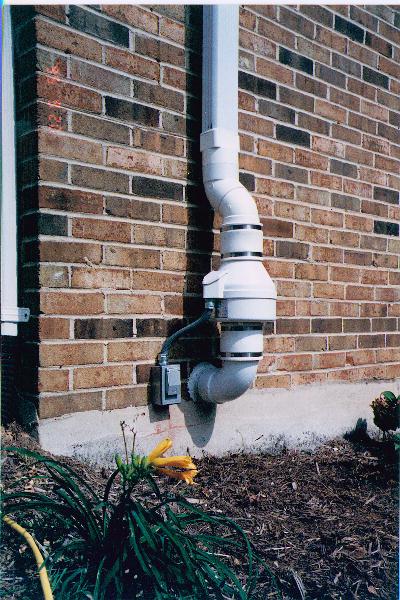 Figure 3. Exhaust pipe and fan for a sub-slab depressurization exhaust vapors at the top of a house.

The following articles, reports, and weblinks address various mitigation technologies. The resources in each section are listed chronologically from newest to oldest, although undated resources are listed first.

The Community Guide series (formerly Citizen's Guides) is a set of two-page fact sheets describing cleanup methods used at Superfund and other hazardous waste cleanup sites. Each guide answers six questions about the method: 1) What is it? 2) How does it work? 3) How long will it take? 4) Is it safe? 5) How might it affect me? 6) Why use it?

This online document is designed for state and federal environmental staff, as well as others (including stakeholders, project managers, and decision makers), to provide a working knowledge of vapor mitigation and practice. Various active and passive approaches are discussed. ITRC plans to periodically update the document as significant new information and regulatory approaches.


Provides a general overview of the procedures for evaluating and selecting engineering controls for use in property development or reuse. Intended for use at properties that are presently developed or proposed for development but have contaminated soil, groundwater, air, or other environmental media, that may pose a risk to human health.

New lines of evidence and mathematical modeling were developed to aid in the design and performance monitoring of sub-slab venting systems for mitigation of radon and VOC vapor intrusion to protect the health of building occupants from inhalation exposures. Results indicate that system performance depends strongly on the relative permeability of the floor slab and the material below the floor slab, and that both parameters can be determined with reasonable confidence using tests and analysis that are rapid and affordable. Where coarse granular fill is present below a high-quality floor slab, the radius of influence may extend to considerable distances, which reduces the number of suction points required and the associated capital cost. Where a system already exists, mass emission monitoring may help reduce the operation, maintenance, and monitoring costs. Additional information: Executive Summary

Chapter 8.0 of this EPA guidance describes the respective roles of building mitigation and subsurface remediation and identifies the need for accompanying long-term monitoring and operation and maintenance of the systems.

Describes some of the conditions and design requirements for implementing successful passive vapor intrusion control systems (generally consisting of vapor barrier membranes combined with ventilation piping) at both residential and commercial buildings. It also presents monitoring data collected at residential properties and an office building where passive systems were successfully implemented.

Presents the results of a survey of state and agency guidance and of vapor barrier research.

Describes a cold spray applied vapor barrier equipped with an overlying monitoring layer that was installed as part of an integrated commercial redevelopment, demonstrating protection of human health without the need for indoor air sampling.

Describes some of the conditions and design requirements for implementing successful passive vapor intrusion control systems (generally consisting of vapor barrier membranes combined with ventilation piping) at both residential and commercial buildings. It also presents monitoring data collected at residential properties and an office building where passive systems were successfully implemented.

One of the many contaminant management strategies to prevent soil vapor intrusion in a building involves installing a sub-slab depressurization system (SSDS). A Cupolex® SSDS was installed at a multi-tenant residential property when the presence of groundwater containing elevated concentrations of PCE and TCE had an impact on the air quality within the unoccupied basement.

EPA installed a vapor mitigation system in the main commercial building at 300 N. Broad Street, Doylestown, Pennsylvania (part of the Chem-Fab Superfund Site) in response to the potential for an imminent and substantial endangerment to human health presented by the vaporous migration of benzene and chlorinated VOCs from soils beneath the building into office suites. The system draws sub-slab vapors from beneath the foundation using a system of fans and forces the vapors through PVC pipes into the air outside the building, where the vapors will not concentrate into unacceptable levels as they would in confined office space.

In 2011, researchers began an investigation into the general principles of how vapors enter into a single residence study site, a highly instrumented pre-1920 residential duplex located in Indianapolis, Indiana. This report, the second in a series of reports based on that research, examines the efficiency of a sub-slab depressurization system to prevent and remove radon and VOCs with reference to (a) subsurface conditions that influence the movement of VOCs and radon into the home; (b) system effects on VOC and radon concentrations; and (c) the influence of a winter capping event on vapor movement into the home.

David Folkes presented in a series of EPA seminars on vapor intrusion at the rollout of the 2002 draft OSWER guidance, 5 pp, 2002 and 2003.

Describes the design, installation, and performance of the Redfield Site sub-slab depressurization and sub-membrane depressurization systems, the modifications required in approximately 30% of the homes to achieve the State of Colorado interim action level for 1,1-dichloroethene, and factors that may affect long-term system reliability.

Describes the design of a sub-slab depressurization system for an 18,000 square-foot school building in New Jersey and a three-story, stone-faced building at Lehigh University in Pennsylvania.

The building pressure-control technique was implemented in autumn 2010 at each of two buildings over the course of 3.5 days. The effectiveness of the method to support decision-making was evaluated through three different metrics. 1) Can building pressure be decreased, controlled, and subsequently elevated and controlled at each of the two buildings under induced negative and positive pressure (NP and PP) conditions, respectively? 2) Does inspection of the mass discharge of radon from subsurface sources show whether VI was enhanced under NP and reduced (or stopped) under PP? 3) How well does the technique allow calculation of the fractional contribution of VI for different concentrations of indoor COCs? While pressure control was achieved at both buildings, the magnitude of the induced pressure gradients varied, likely due to differences in building characteristics, such as HVAC systems.

HVAC Influence on Vapor Intrusion in Commercial and Industrial Buildings

Engineering Issue Paper summaries the state of the science on selecting and using air treatment units. Performance data and specifications, monitoring to verify performance, and challenges and limitations are also discussed.